Why is it called the CIRCLE OF FIFTHS ?

There are twelve semitones in an octave. These are the white AND black notes on a piano. 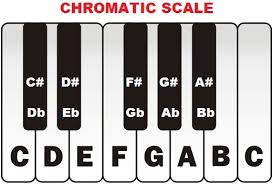 In about 600 B.C.E., Pythagoras arranged the 12 notes (half-steps) of the octave around a circle in a similar manner to a clock. This depiction became known as the Pythagorean Circle. 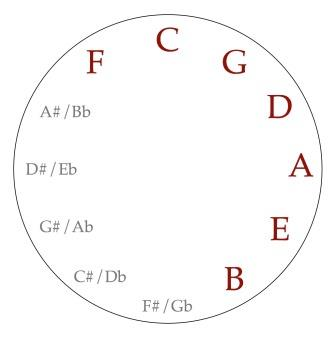 Revisions and improvements to the Pythagorean Circle were made by Nikolay Diletsky in the 1670s, and Jonn David Heinichen in 1728, resulting in the version we have today – the Circle of Fifths.

A simple way of understanding why it is called the Circle of Fifths is by looking at a piano keyboard. Start at any key, count seven keys to the right (both black and white, not including the first) and you will land on next note shown on the circles above and below.

Seven half steps, the distance from the 1st to the 8th key on a piano is a “perfect fifth” (“perfect” because it is neither major nor minor, but applies to both major and minor scales and chords, and a “fifth” because, although it is a distance of seven semitones on a keyboard, it spans five adjacent notes in the major or minor scale).

So, as you move around the circle of fifths in a clockwise direction, the next note you encounter will be a fifth above the note before it. 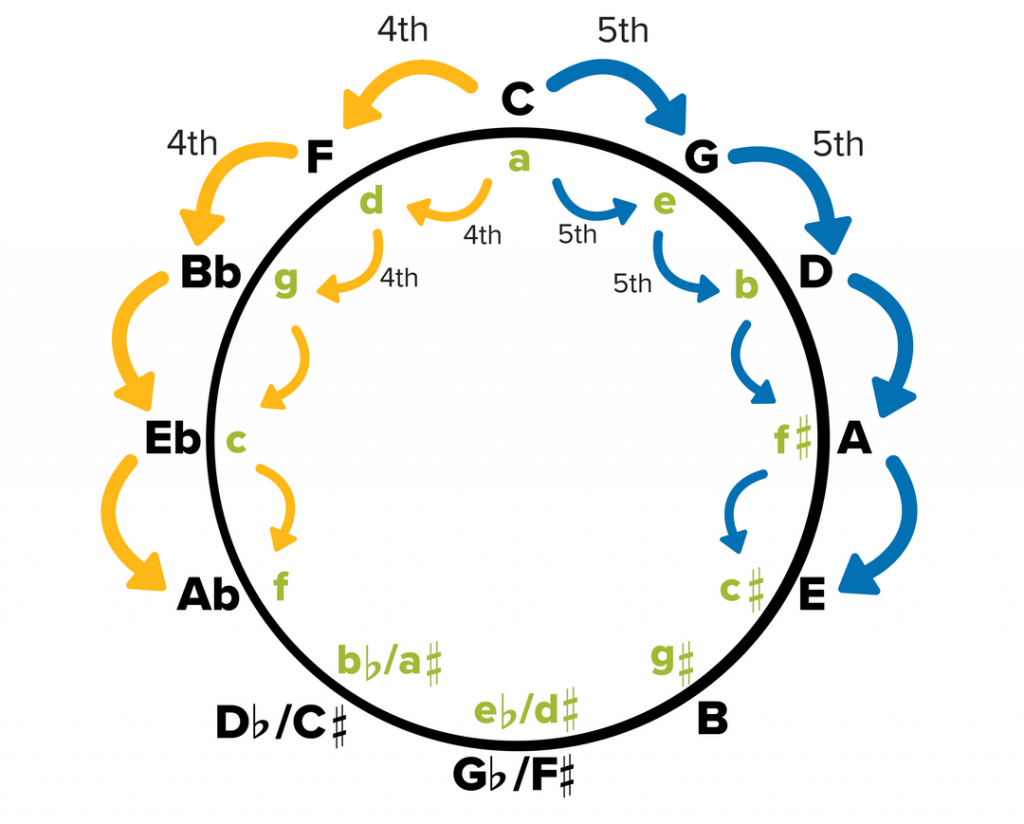 For example, starting with C, one fifth above C is G which is the fifth note of the C major scale.

Next, we have D which is the fifth note of the G major scale.

CIRCLE OF FOURTHS, what is that?

Once in a while, the Circle of Fifths might be referred to as the Circle of Fourths.  This is because if you move around the circle counterclockwise, you will see the progression moves by fourths (spans four adjacent notes).

What is the Circle of Fifths used for? 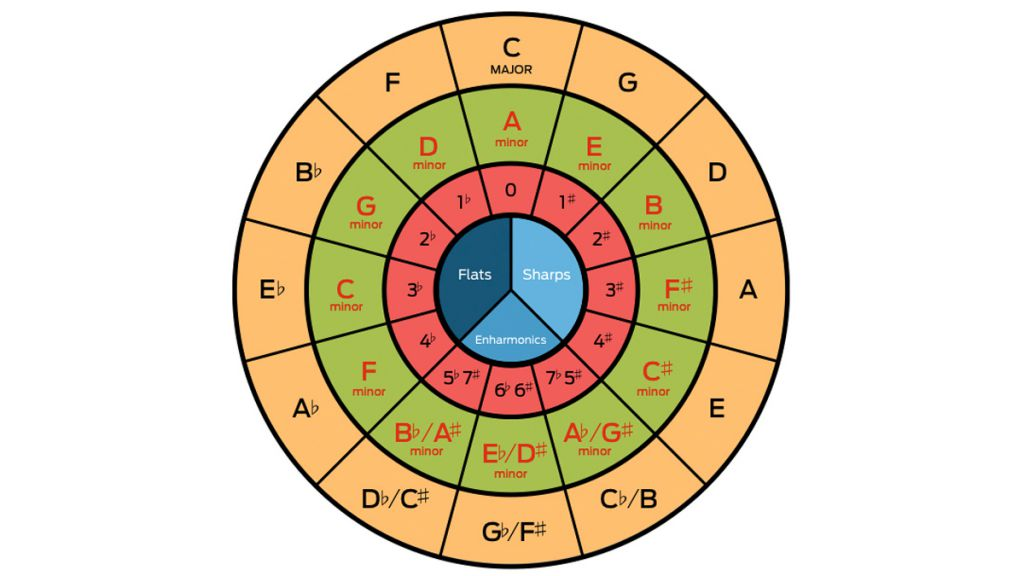