The average amount of energy passing through a unit area per unit of time in a specified direction is called the intensity of the wave. The amplitude of a sound wave in part determines its intensity, which in turn is perceived by the ear as loudness.  As defined in physics, the intensity of a wave is proportional to the square of its amplitude:

Therefore, the greater the amplitude, the louder the sound perceived. Amplitude is measured in decibels. 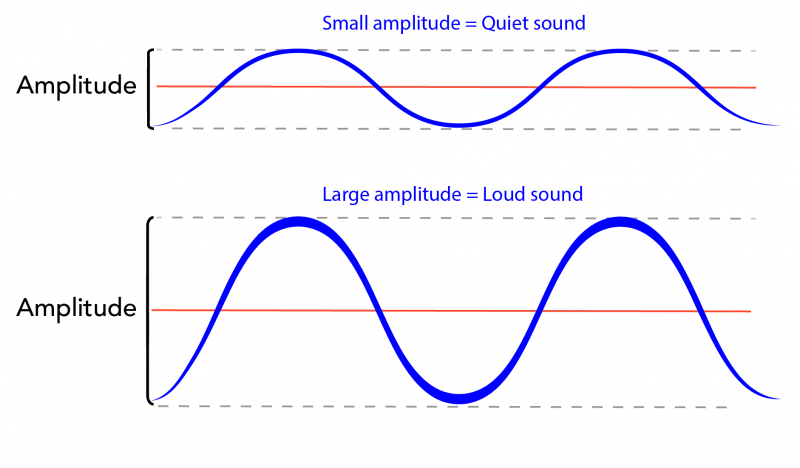 Also, based on what we know about the relationship between distance and intensity, i.e., the Inverse Square Law,

Amplitude is inversely proportional to distance. So, the further away the source of a sound, the “less loud” it is perceived.

Pitch is the quality that makes it possible to judge sounds as “higher”or “lower”. Pitch depends mostly on the frequency of sound waves, which in turn is defined by their wavelengths. 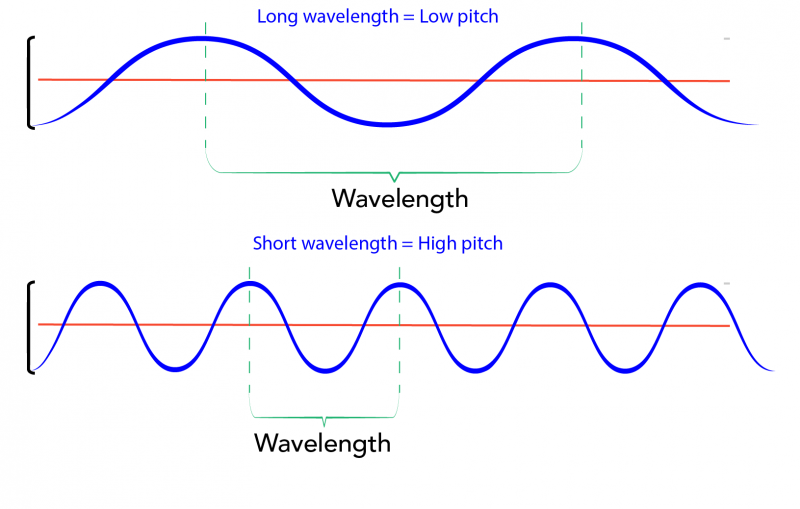 Timbre refers to the character, texture, and colour of a sound as distinct from its pitch and intensity.  Timbre describes those characteristics of sound which allow the ear to distinguish sounds which have the same pitch and loudness. For instance, it is the difference in sound between a guitar and a piano playing the same note at the same volume.

The timbre of a sound depends on the complexity of a sound wave. A pure tone has sound waves of only one frequency. Most sound waves are the sum of different frequencies or harmonics. 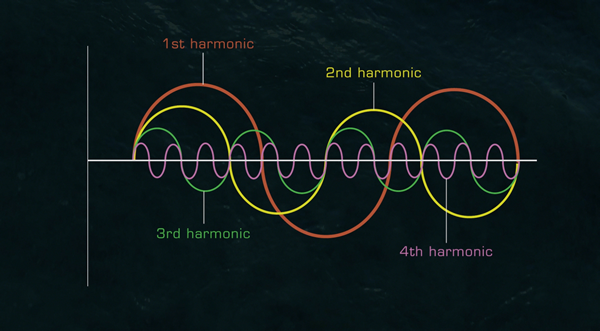 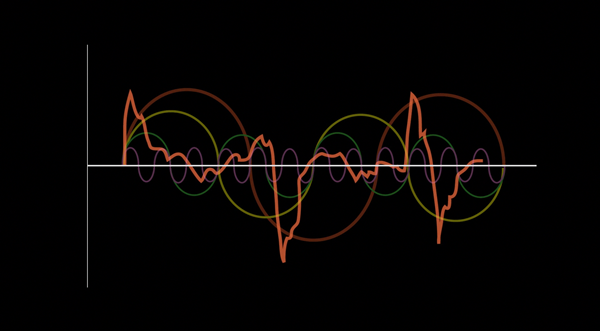