How Do We See Colour?
Objects do not actually have colour. What we see as the colour of an object is due to the way that the object interacts with light and ultimately reflects or transmits it to our eyes.

An object contains atoms that might be capable of selectively absorbing one or more frequencies of the visible light that strikes it. When visible light strikes an object and a specific frequency is absorbed, that frequency of light will never make it to our eyes.

Only the visible light that strikes the object and becomes reflected or transmitted to our eyes will contribute to the colour appearance of that object. 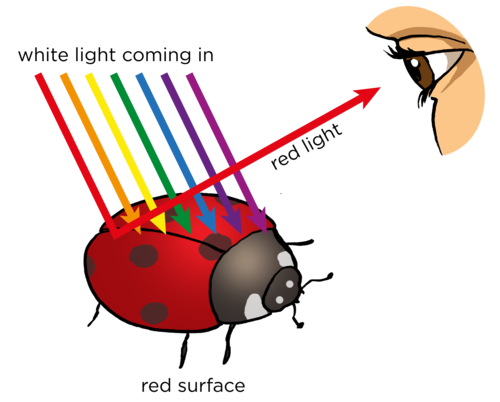 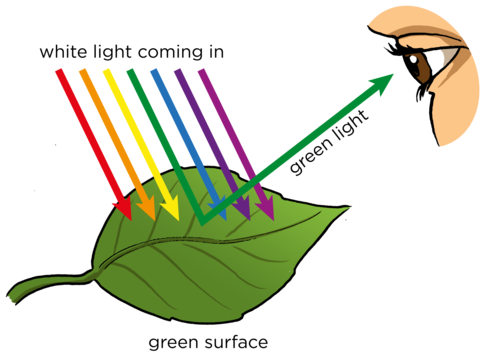 Do Colours Bend?
Light traveling through a medium, propagates in a straight line and at a relatively constant speed, unless it is disturbed in some manner.  This depends on two key factors:  the optical density of the medium AND the frequency of the light wave.

The optical density of a material relates to the sluggish tendency of the atoms of a medium to transfer energy between each other. In every medium, other than a vacuum (a perfect particle-free medium), there is a relative time delay as this energy is passed along. 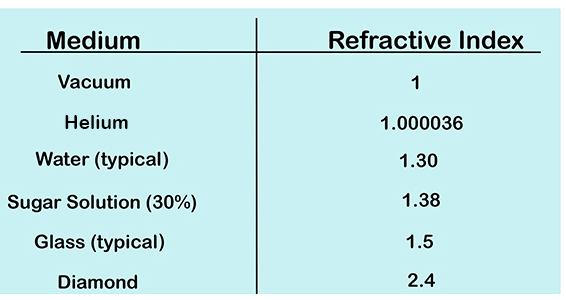 This relative speed  is called the index of refraction (n), ie., the number of times slower that a wavelength will travel in a given medium in comparison to a vacuum (which has the lowest possible optical density). For example, the refractive index of water is 1.3, meaning that light will travel 1.3x slower in water than in a vacuum.

🌈The speed that light travels in a medium depends on more than just the optical density of the medium.  It is also dependent on the colour (frequency) of said light. 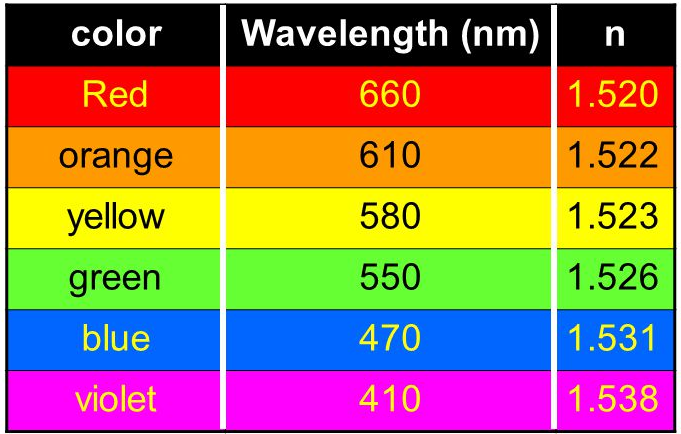 In any given medium, other than a vacuum, light waves with higher f  (shorter λ) will travel slower than light with lower f  (longer λ). Hence, why violet has a higher refractive index than red.

Newton’s Rainbow
These two concepts are the basics of what underpins Newton’s prism experiment – the experiment where he used  glass pyramids to separate white light  into a spectrum of different colours and then back into a beam of white light.

As white light enters a prism, it slows down (since glass has a higher refractive index than air) and so refracts towards the normal. Because the different wavelengths of visible light have different indices of refraction, every “colour” will refract at a slightly different angle. A similar phenomenon occurs when light exits the prism. In this case, as light reaches the glass-air boundary, it speeds up (since air has a lower refractive index than glass) and so refracts away from the normal.  Again, the individual colours will all refract at slightly different angles. Colours that have higher f (shorter λ) will deviate from their original path – refract – more than the colours with lower f (longer λ).

This dispersion of the different colours of light at different angles is why an observer sees visible light separated into its component colours. 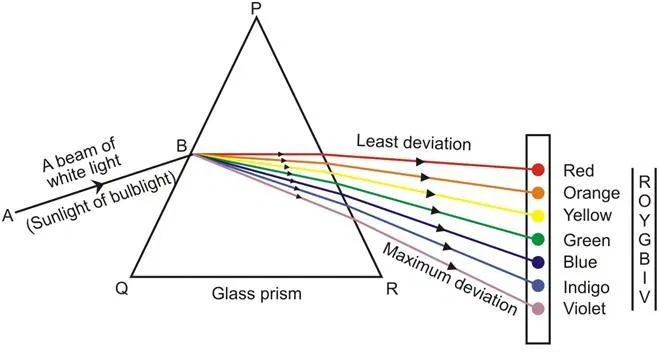 In Newton’s actual experiment, he used two prisms. The first to separate white light into its component colours and then a second to recompose the colours back into white light.