An object has rotational symmetry if, when you rotate it by a certain amount, the resulting image is identical to the original image – or the image coincides with itself.

The angle of rotational symmetry (or angle of symmetry) is the smallest angle by which you can rotate the image so that you produce an identically oriented figure.

Notice that we can also rotate the equilateral triangle by 240°and 360° to produce the same result!

An object is said to have reflective symmetry when a line can be drawn through some part of it, and the shapes on either side of the line are mirror images of each other. That is, if you placed a mirror on this line, and looked at the first half of the shape through the mirror, the resulting image would be identical to the second half.
The line of reflection is the line that divides these two mirror-image shapes. If you were to fold the image along the line of reflection, both sides would align perfectly.

For example, consider this butterfly: 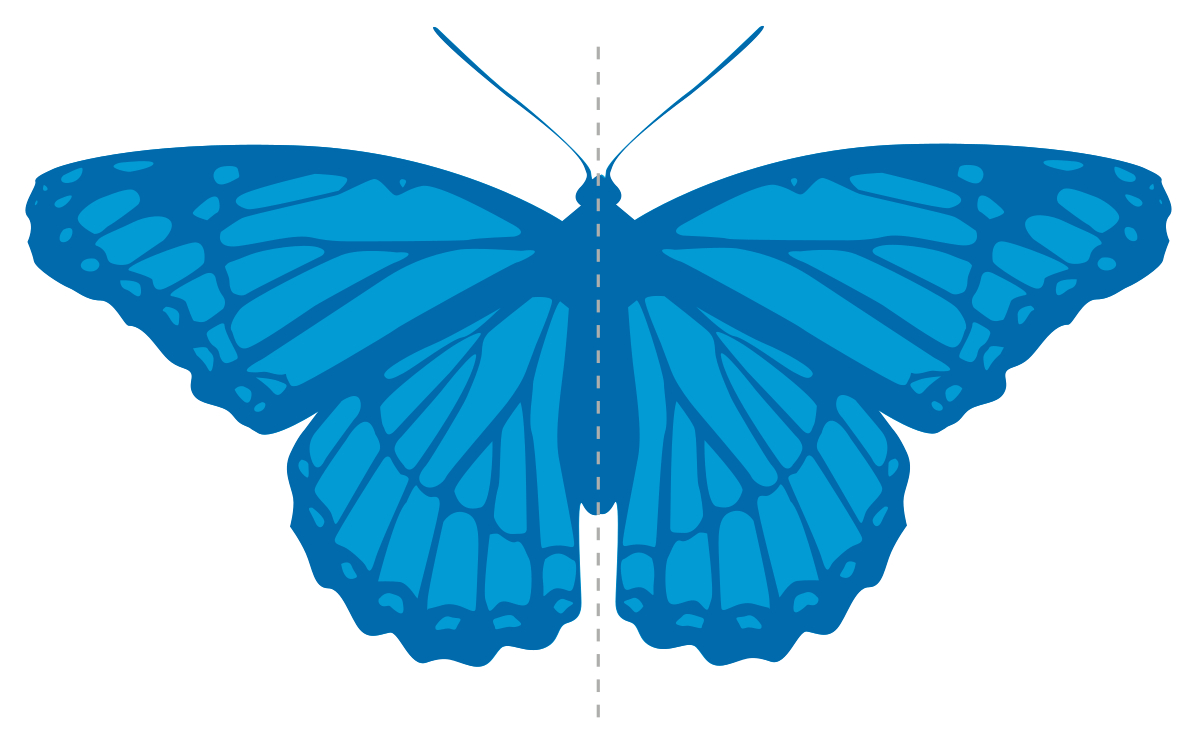 The butterfly has reflective symmetry, because we can draw the dotted line through a part of the butterfly and the resulting pieces are mirror images of each other.

The total order of symmetry of an object is the sum of the object’s order of rotational symmetry and its number of lines of reflection.

Mandalas exhibit a lot of rotational and reflective symmetry. 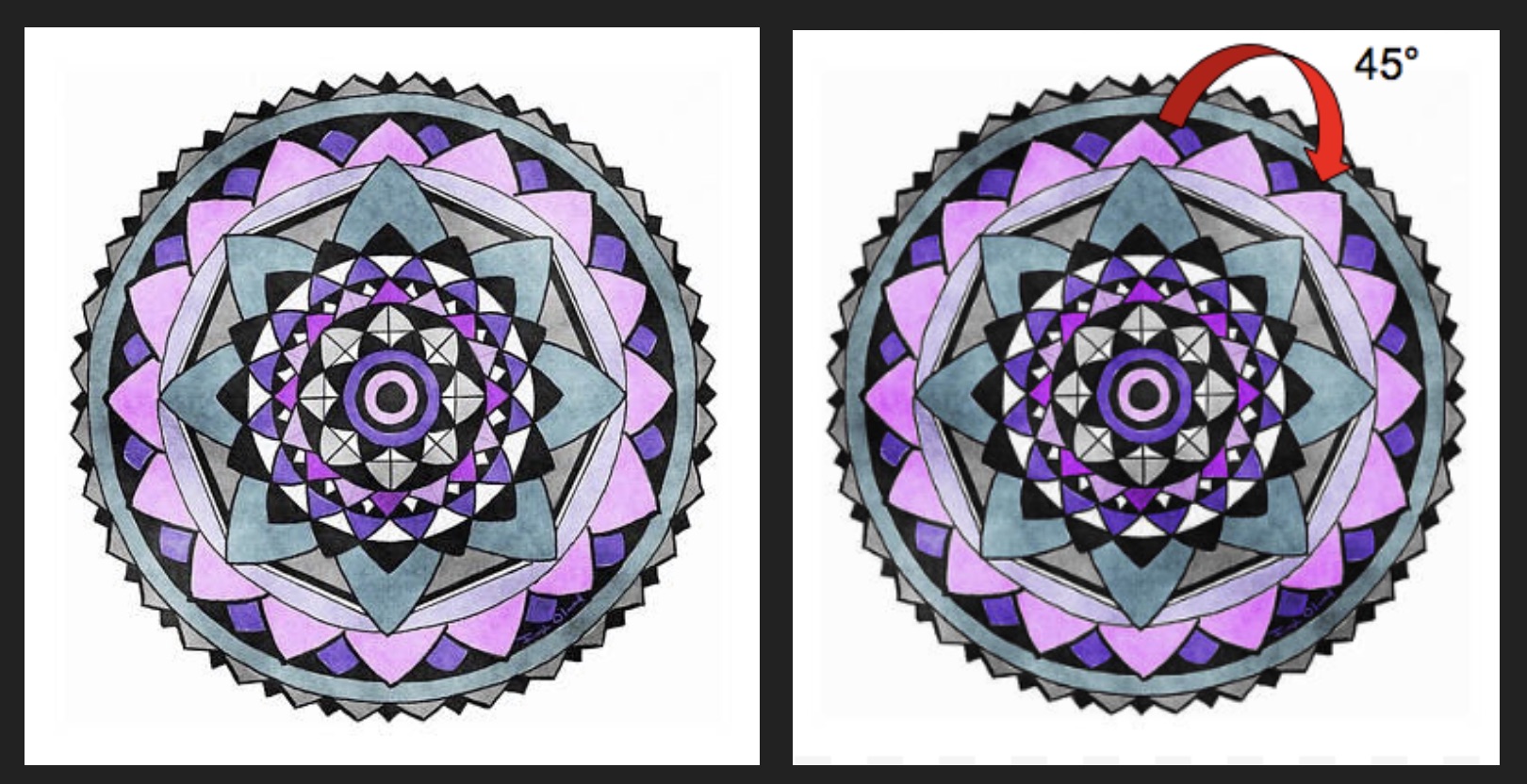 This mandala’s angle of rotation is 45°. The smallest angle by which we can rotate the mandala to produce an identical configuration is 45°.

We can also see that this mandala has 8 lines of reflection. Each of these 8 lines divide the mandala into mirror image halves. 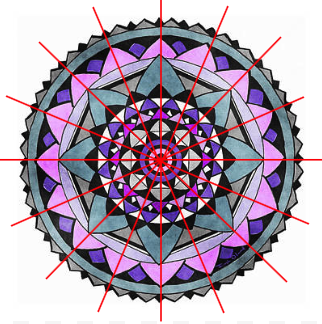