The tangram is a set of seven geometric shapes made up of five triangles, a square, and a parallelogram. 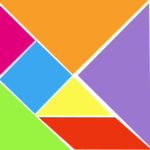 A polygon  is an enclosed, two-dimensional shape with more than two straight sides. Triangles, squares, and parallelograms  are all polygons.

A TRIANGLE is a three sided polygon.  The sum of the interior angles in any triangle is 180°.

Triangles are defined by the number of their sides/angles that are equal.

Triangles are also defined by the type of angles they have inside.

The pythagorean theorem states that a2+b2=c2 or that the sum of the squares of the legs is equal to the square of the hypotenuse. 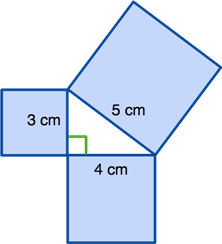 A QUADRILATERAL is a four sided polygon.  A property unique to quadrilaterals is that they can have parallel opposite sides (have the same continuous distance between them).

A trapezoid is a type of quadrilateral with only one set of parallel sides. 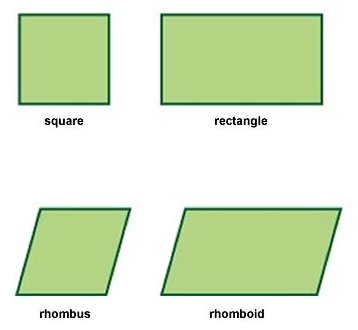 A rectangle is a type of parallelogram whose sides are perpendicular or meet at 90 degree angles.

A square is a special  type of rectangle whose sides are all of equal length.

A rhomboid is a type of parallelogram whose sides do not meet at 90 degree.

A rhombus is a special type of type of rhomboid whose sides do not meet at 90 degree angles but are all of equal length.

The Tangram is a  set of seven geometric shapes, also called tans,  made up of five right isosceles triangles (two large, one medium, and two small), a square, and a rhomboid.

Let’s take a closer look at the specific shapes in a tangram and the relationships between them. 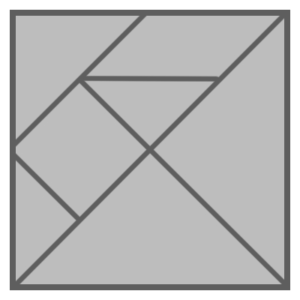 In this formation it is easy to imagine that the tangram is basically made up of 16 small triangles. From this we can correlate what fraction of the square area each of the tans comprises.

Following the Pythagorean Theorem and then a bit of deductive addition, we can calculate the relative lengths of the sides of each of the seven tans. 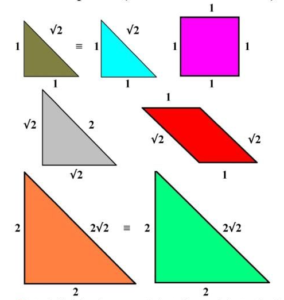 Polygons, can be simple or complex.

A simple polygon is an enclosed shape consisting of straight, non-intersecting lines.

A complex polygon is an enclosed shape consisting of straight lines that intersect.

Tangrams do not overlap and  so do not have lines that intersect.  Tangrams are therefore, simple polygons.  Like simple polygons, they can be concave or convex.

A concave polygon has one or more angles pointing inwards and therefore contains angles greater than 180°.  Nearly all tangram configurations are concave. 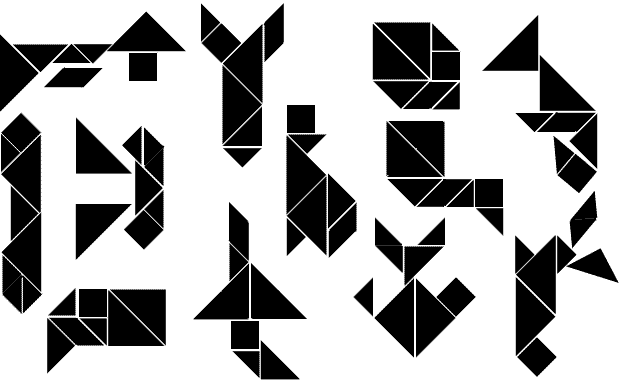 A convex polygon has no angles pointing inwards. More precisely, no internal angle is greater than 180°.  Of the thousands of existing tangram figures, there are only 13 convex tangram configurations. 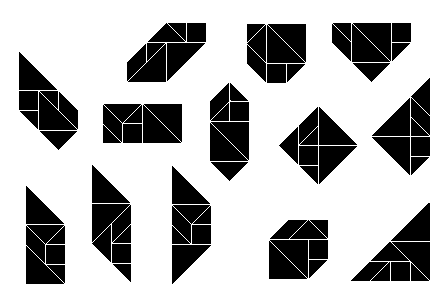